Billy, the Worship Arts Pastor, has been on staff at Eagles's Landing since 2003. His wife, Cassie, is also very involved in the worship ministry. They have 4 grown children, Kyle, Kenny, Mandy & Ryan. Billy has been playing guitar and writing music since 9th grade. After high school he went to Liberty University on a football scholarship and graduated from there with a degree in Business Administration.

Matt Duren serves as Worship Pastor. He joined ELFBC with his family in 2007 and came on staff in March of 2010. Matt plays keys and leads worship for the 11:00 service and works with the choir. He also enjoys leading worship with the Splash and Saturate kids on Wednesday nights. His wife's name is Luisa and they have four children, Rebekah, David, Andrew and Judah. 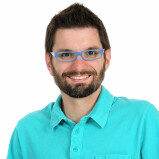 Eric serves as the Technical Director. He has been on staff with Eagle's Landing since 2009. He's been responsible for bringing together sound, video, and lighting for concerts, conferences, church events and other special events, including a video taping for Mark Lowry. Through his experience and expertise, Eric works behind the scenes with the tech team in providing the best quality sound, video, and lighting to enhance the worship experience here at Eagle's Landing. Eric's goal is to blend the technical areas together without drawing attention to them during a church service or other event. He is married to Laura and they have two beautiful girls, Abby and Grace.

Angie serves as the Worship Arts Assistant and has been a member of Eagle's Landing since 2016.  She and her husband Michael have three children; Abby, Ethan, and Levi. Angie also enjoys serving in Saturate on Wednesday evenings.

Tracey serves as Choir Director, Saturate voice choice leader, and is part of the worship team at 11:00. In 2016, she became the Director of Choral Programs at Eagles Landing Christian academy. She joined Eagle's Landing with her family in 2012 and came on staff in 2013. She is married to her high school sweet heart, Jay Fuller, and they have two children, Megan and Trey. Tracey has been singing and playing piano since she was seven and enjoys teaching, writing, and arranging music. After high school, she attended Georgia State University where she graduated with a degree in Music Education.